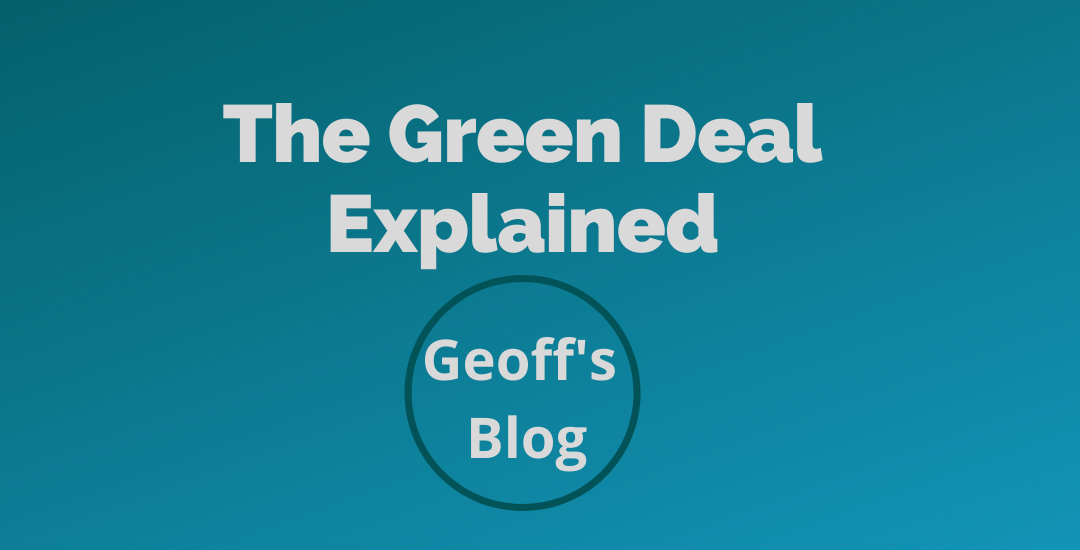 The EU Green Deal sets out a highly ambitious plan to preserve our planet and to promote Europe as the first climate neutral continent by 2050. It includes objectives to decarbonise the EU economy, revolutionise the EU’s energy system, profoundly change the economy and inspire efforts to combat climate change. It foresees a sustainable economy in this timeframe with a number of intermediate targets being set for 2030.

The EU budget together with the Recovery Plan will provide the finance to support these goals. The Green Deal is a cross-cutting, overarching ambition which will be realised through many different policies and programme elements. The research budget -Horizon Europe – will be a core part of the jigsaw puzzle of elements which will go towards helping Europe achieve its goals.

In the EOcafe of 29th April we welcomed Dr Anastasios Kentarchos who is Deputy Head of the Ecological and Social Transitions unit in DG RTD, who joined us to discuss and to help us understand the big picture portraying the Green Deal and the relevance which R&D activities will have. He started off by explaining that the Green Deal is for everyone. It is an inclusive programme and that no-one should be left behind.

The Green Deal has provoked a very big change in the way that we think about issues in Europe. Before, discussions were about either competitiveness or about sustainability; the green deal seeks to reconcile these two sometimes conflicting, perspectives. It is important to understand that it is not simply a new environmental policy.

The Green Deal rests on a series of tranformative policies. In addition 3 cross-cutting elements acting as key enablers are important to note : ; i) international as it is a global effort where global alliances and aligned efforts will be essential, ii) an EU climate pact so that everyone is engaged from citizens to communities and organisations, and iii)  R&I which will underpin and inform much of the effort. There is a strong need for Innovation (both technological and non technological), sparking new ideas.

The new European climate law, which is at the heart, enshrines the 2050 carbon neutrality target as well as an intermediate 55% target (referred to as “fit for 55”) in 2030. The EU climate adaptation strategy will include measures to increase resilience and prepare for unavoidable impacts. Many EU policies will be affected, including; investing in more sustainable transport (cut transport emissions by 90% by 2050), striving for greener industry, eliminating pollution, making homes energy efficient (targets include 100 climate neutral cities), sustainable agriculture (from farm to fork), protecting nature and promoting clean energy. Supporting these active policies will be new financing schemes, legal frameworks and ensuring it is fair for all. These were all described in more detail by Dr Kentarchos and explained in his presentation slides.

A new industrial strategy is to be published in early May which has taken many months to develop. This also reflects in part the conflict between sustainability and green growth and has led to a long, and sometime difficult debate in the EC. The strategy is also addressing 14 industrial ecosystems in areas related to mobility , energy, agri-food, steel, textiles, as well as digital industries. It will change the paradigm for big industrial players in Europe, going hand in hand with the circular economy action plan which seeks to change the way we produce and consume through the product lifecycle.

Decarbonisation has to advance rapidly; up to 5 or 6 timers faster than today if the 1.5degree challenging target from the Paris agreement is to be met. Regulation is important but will not be enough. Innovation is strongly needed as well. Europe filled the gap left by the previous US administration but are happy now that we are speaking the same language with the Biden administration.

The European Green Deal is a major machinery, major political initiative from the EC. Together with the digital initiative represent the 2 heavyweight policy initiatives from the EC. A large part of the EU budget for the next 7 years will be turned towards the Green Deal. Funding will consist of 30% of the next MFF and Next generation EU (combined these have a total budget of €1.8t) and 37% of the Recovery and Resilience Facility (€672m).

A new approach is expected for R&I with a strong commitment to a cross-cutting approach. First Green Deal call was launched under H2020 as a means to test the approach. Spending €1b in 3 months was a challenge but it has given extremely useful experience and guidance for Horizon Europe. This has been tested as a model for future calls especially regarding the cross-cutting research. Focus research where there are policy needs. Other calls will focus on bottom-up research. Various instruments are available; partnerships and the EIT (European Institute of Innovation and Technology) already exist, to these are added the new European Innovation Council and the data and digital infrastructure in support of ecological transition.

The EC has also launched 5 Missions of which 4 are directly relevant:

The Missions are not just R&I instruments but rather public policy initiatives with concrete milestones.. The mission-led approach is a new concept to be piloted in this Framework programme (Horizon Europe). Their aim is to give European citizens the vision of large societal goals which will shape the Horizon programme and associated policy. Even if they have been developed by DG RTD they are not to be run from there. Boards are established for each mission comprising senior officials from each of the relevant DG’s and which are chaired by the most relevant DG ie for climate change adaptation it is DG CLIMA.

Then there is a second level of governance which is there to enable co-ordination between the different instruments. In this case, for example, the mission on cities should be co-ordinated with partnerships linked to industry. Finally, a third level of governance will ensure co-ordination with the activities carried out in the Member States. For example, the 100 cities selected will define their plans which should then become a firm agreement between the city, its Member State and the Commission.

There are also major change in implementation of the Horizon programme. Previously, DG RTD (and RTD-family DGs) were at the heart of drafting calls or co-drafting in some circumstances ie for energy and mobility. Co-creation by a group with representatives from all DG’s, brings together research expertise with policy expertise. It means that the task is harder but the final product is better. It is seen as a co-operative exercise and nobody really holds the pen. The first calls of HE are drafted but awaiting the overall political agreement (MS).

Emmanuel Mondon asked a question concerning the links with the digital transition and especially the creation of data spaces. Need to ensure links with policies and services ie climate services. Difficult to achieve the translation between innovation and services. Innovation becomes real when the results find a place in the market. Calls will be about how EO can add value to policies. Example Amazon, Apple have not created technology but new business models.

The work to date represents the design phase and we are now entering the implementation phase. This will bring its own new challenges both positive and negative. It is an important opportunity for the EO sector which will now seek to play an appropriate part as the programme becomes established.

For further information, refer to our previous blog on the Green Deal and watch out for future EOcafe’s as we explore aspects of the plan in more detail.