Geoff’s blog: The Reality of EO in the gaming world? 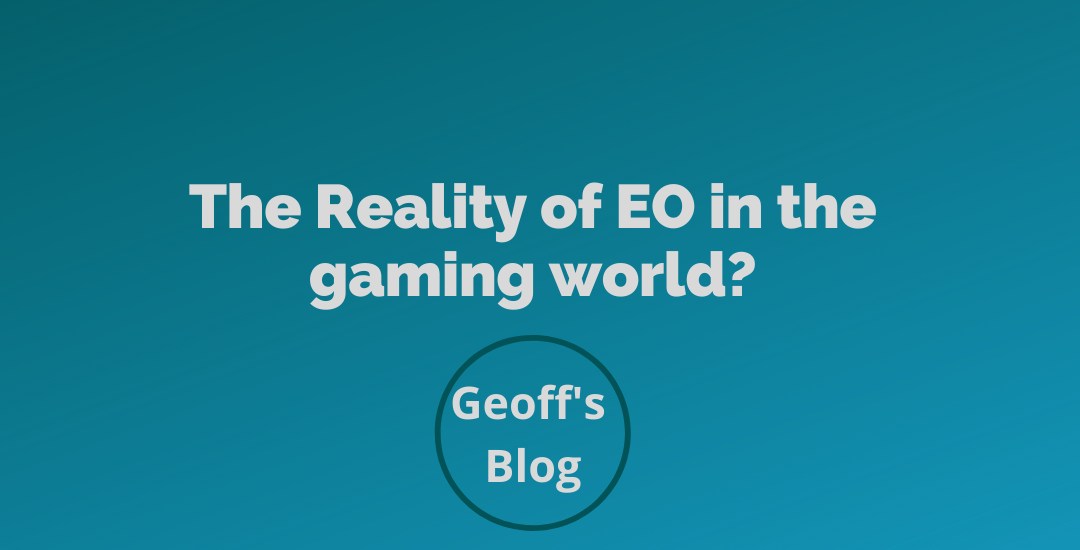 Playing games is a an extremely old pastime but digital gaming – which is what is generally understood by the term – is new. Whilst gaming is big business, the imaginary world of games may not seem the obvious place to take real images of the Earth. But for a few companies it is and there is some very interesting business going on to bring these two worlds together.

One way, the most obvious (perhaps) is to use EO images as a backdrop for the game. This is the case with the Microsoft Flight Simulator which we understand is now using Sentinel-2 data to provide the terrain over which the aircraft is flying.

Another approach is to use gaming tools to support data gathering. One popular example of this is the globally popular PokemonGo which is offering in-game incentives for users to open their cameras to the developers with which they can build 3D models of real locations. The business model is primarily based on advertising linked to the location. No EO is involved in this example.

Other companies are taking more modest steps to use the EO imagery as a tool to collect data linked to agriculture, cultural heritage and other applications where local data enhances the results. By linking this data collection to gaming, it can appeal to the younger generation (but not only!) and turn a useful tool into a pleasurable (for some) pastime.

The gaming sector is enormous business with around 1 to 2b players around the world yielding a business sector worth an estimated $200b per annum. In the free to play segment, where advertising drives the revenues, the market is 25% or $50b per annum and growing at around 12.5% each year – similar to the EO services market.

To explore this topic further and how EO and gaming relationship arises, the EO Café introduced three guests working in this domain; Hugo HERNANDEZ, Co-founder and CTO of World Game, Hans VAN’T WOUD, CEO and founder of BlackShore and Tomas SOUKUP, Project manager at GISAT.

Hugo HERNANDEZ – Co-founder and CTO of World Game based in Paris – comes from a gaming background. He talked about Impact Gaming which is his approach where the games’ purpose is to collect and analyse data, but which also has other purposes, such as raising awareness to societal topics, and crowdsourcing of solutions by working with different industries. Just a few of their games are working with EO and it is a new area which he hopes to explore further.

Tomas SOUKUP- Project manager of GISAT from the Czech Republic – explained how his EO company entered into the gaming sector  starting with the an ESA project GAME.EO. By using mobile-based tools for supporting crowdsourcing campaigns and gaming approaches for monitoring informal settlements (slum areas) applied in developing countries. Based on this experience, Tomas foresees a great potential with these synergies.

Hans VAN’T WOUD – CEO and founder of BlackShore in the Netherlands– presented several games he is producing using EO satellite imagery for several applications. Here there is a very strong emphasis on the use of imagery as the basis for a game to analyse imagery – a sort of crowd analysis. Gamers are encouraged to classify images and are rewarded according to peer results. The gaming is free but has a social motive concerning smart agriculture to disaster monitoring transposed in a gaming context. The detailed maps that result are not available through other sources (Google, OpenStreetMaps etc) and are valuable for NGO’s and International organisations working in remote regions. Hans explained how he is exploring other ways to monetise the games through prizes, fees for in-game purchases and straight donations.

We discussed also the relevance of AI. Hugo commented this technology can complement the gaming products. Tomas concurred that AI process can even stimulate and improve processes such as automatic recognition features and with this supporting human tasks.

On co-creation, Hans uses this feature in his company’s games by requesting the public to assist for certain causes, for example in developing countries, crowd mapping is very demanded based on EO satellite information.

The younger generation spends a lot of time gaming, as Hugo mentioned, and this can be used for learning. All speakers agreed that this can be used in a positive way as an opportunity for educational or public awareness. Virtual or Augmented Reality are also technologies which can be highly relevant. Tomas followed up by saying this opportunity should also be used as a tool for further exploration of data usage.  As in many markets, partnerships are very important, and all the presenters are seeking opportunities to explore this further and expand their presence in the gaming market.