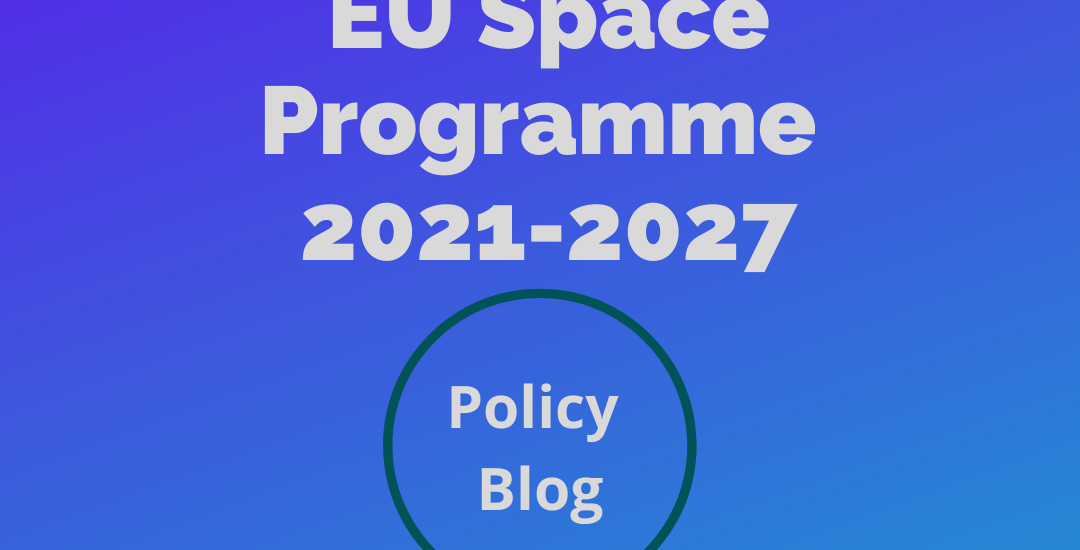 On the 16th of December 2020, the Council and the European Parliament reached a provisional political agreement on the proposed regulation establishing the next EU Space Programme for the years 2021-2027. Proposed by the Commission in June 2018, the EU Space programme aims to provide a framework to help the European Union play an increased role in the global space sector and boost its competitiveness. The total amount of 14.8 billion euros will be allocated for the programme with 9.1 billion euros for Galileo and EGNOS, 5.42 billion euros for Copernicus and 442 million euros for SSA and Govsatcom. The European Commission welcomed this agreement as Commissioner for Internal Market Thierry Breton stated that: “we now have the means to develop our leadership in space by consolidating our flagships –Galileo and Copernicus- and exploring new initiatives that will enhance Europe’s resilience, notably in secure connectivity”[1].

For the first time, the EU Space programme will bring existing and new space activities under the umbrella of one single programme. As stated in the European Council’s press release, the programme will ensure “quality, up-to-date and secure spatial data and services; greater socio-economic benefits from the use of these data and services, for example in the form of increased growth and job creation in the EU; increased security and autonomy for the EU and a more important role for the EU as a leading player in the space sector[2].

In addition to providing the EU with a budget for the EU’s flagship space programmes, the renewed programme will also simplify and streamline the existing EU legal framework on space policy and harmonise its security framework.

The regulation represents an important issue for the Earth Observation downstream sector for different reasons: