The Next EU Budget 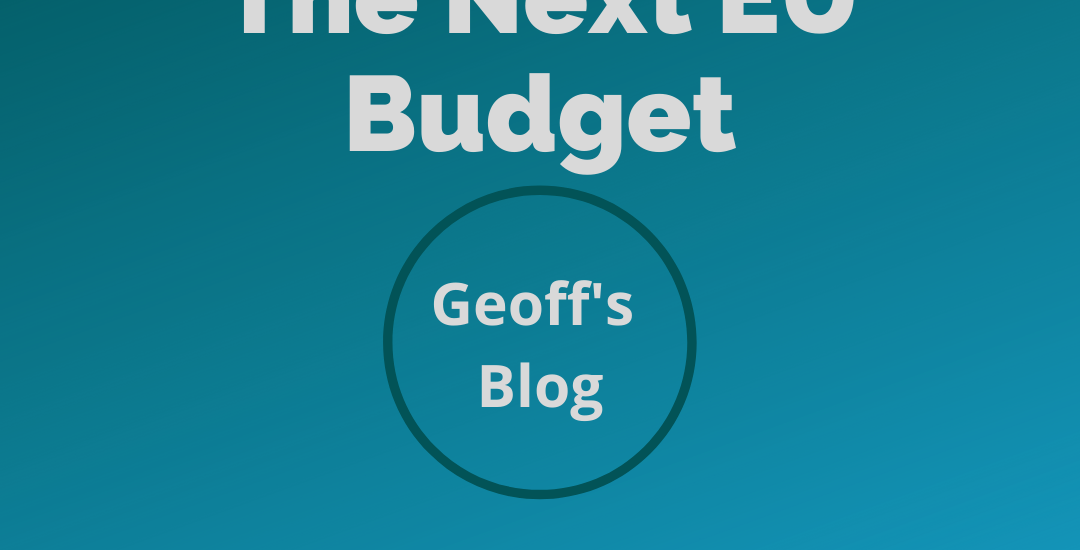 The meeting of the EU Council has proven a marathon affair extending into the 5th day of meetings – including 4 full nights. The agreement reached (see the council conclusions), despite the denial of the term by Mark Rutte the Netherlands prime minister, is certainly historic. For the first time, EU nations have agreed to pool debt to help out those most affected by the Covid-19 crisis. That was never going to be easy.

The new budget of €1.8t includes the famous €750b dedicated to Next Generation EU (NGEU) and comprises a mix of grants and loans – for which negotiation over the balance and conditions attached caused the 4 sleepless nights. A small amount of this budget is attached to climate related activities in the Just Transition fund of €10b.

The second part of the budget of €1,074t is the MFF for 2021 to 2027. This includes all the traditional EC funded activities including Horizon Europe and the Space programme. Here, in some key areas of much interest to the EO services community, the news is not so positive.

The much-awaited EU space budget – the first time that a specific budget has been allocated to a programme of space activities – has been cut as a result of the negotiations. Originally sized at €16.1b by the EC proposals, and resized to €14,8b before the summit, the proposal which emerges is for a budget of €13,202m of which €8,000m is for Galileo and €4,810m is for Copernicus.

Another area to be cut is the budget for Horizon Europe; from an initial proposal of €100b only €75.9b will be allocated. Some of this cut is not a surprise given the absence of the UK and we wait to see how UK wishes to associate to the European research programme, but it still represents a severe cut and another major disappointment.

Another disappointment given the Covid crisis is the cut in budget for health. The EP had been proposing a €9b fund for common procurement of PPE, vaccine research and other measures. But EU leaders did not wish to cede these competencies and have cut the budget to €1.7b. It could be considered a small step forward but given the news of the EU response to an Italian request for help early in the crisis, more might have been realistically expected. Maybe some other budgets hide measures which will emerge in time.

For space and EO, it is a disappointment that the core budget for Copernicus should be cut so drastically. Here also, maybe other budgets will be relevant especially environment, agriculture and climate change, and the Council has maintained the emphasis on fighting climate change.

“Reflecting the importance of tackling climate change in line with the Union’s commitments to implement the Paris Agreement and the United Nations Sustainable Development Goals, programmes and instruments should contribute to mainstream climate actions and to the achievement of an overall target of at least 30% of the total amount of Union budget and NGEU expenditures supporting climate objectives. EU expenditure should be consistent with Paris Agreement objectives and the “do no harm” principle of the European Green Deal. An effective methodology for monitoring climate-spending and its performance, including reporting and relevant measures in case of insufficient progress, should ensure that the next MFF as a whole contributes to the implementation of the Paris Agreement.”

It will be more important than ever to show, concretely, the value that our industry brings to Europe and the enormous benefits which may be secured through the use of EO-based information and services. We should rightly emerge not as “a space industry” but as part of the information sector working with satellite data.

The dust now needs to settle. The EP will have its’ say next but given the fragility of the agreement and the difficulty of reaching it, further change seems unlikely. Despite the disappointments, the deal is extremely important for Europe and without it, the EU would have been under even stronger pressures and possible leading to even larger disruptions to which even Brexit might have seemed soft by comparison.