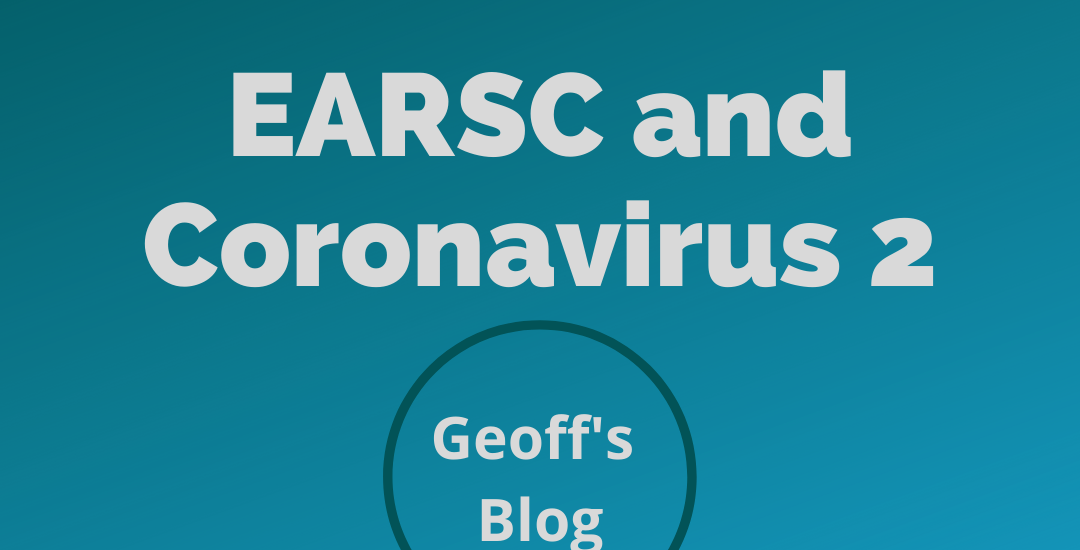 So, as of today, in Belgium, as in France and many other countries in Europe, we are now officially confined to our homes. The temptation to go out has been removed by closing bars, restaurants and most shops. Fortunately, it seems that we are still allowed to go to the park to walk our dog as long as we don’t meet and socialise with any of the other dog walkers doing the same thing. This has to be the right policy at the moment as the first priority must be to bring the epidemic under control. Only then can we start to see what level of social interaction will be possible afterwards. There seems little doubt that we are in this for the long haul.

It is now widely understood that the goal of the measures is to bring the level of infections down to a point where they can be managed by the health services. To understand that we need to look to China and Korea which have managed to achieve control and the rate of infections has slowed to a manageable level. Testing, testing and more testing is their advice, echoed by the WHO.

How long can we expect it to take to bring under control? It seems to have taken about 4 weeks in both China and Korea. In China, a total shut-down in Hubei (around Wuhan) was imposed; measures which would be difficult to impose in Europe. In Korea, the response was less rigid, but the outbreak started in a religious group which allowed better tracing of contacts; contact tracing is one of the key tools to control the spread. In both these countries the rate of new infections has fallen to a very low level. Can this be maintained is the key question?

But how is Europe doing? Italy was the unlucky precursor where an outbreak happened in Lombardy (starting in Codogno in the province of Lodi). On 28th February, a lock-down was imposed around Lodi (then extended to Lombardy (8th March) and then around the whole country (10th March). Other countries have followed.

I have been keeping watch on the rise of the epidemic and in particular watching the rate of cases in key regions; Lodi, Lombardy and Italy. They may be interesting for others. I am writing on the 17th March, so figures are from yesterday and it is looking as though the number of cases is starting to fall. Fingers crossed that this really is the case. The new cases in Lodi have been around 40 per day compared to 140 3 days ago and around 80 before that. For Lombardy, the rate has fallen for 2 days in a row and the most recent figure for the whole of Italy is lower than the peak.

An analysis by a data scientist, Mark Handley at UCL London. http://nrg.cs.ucl.ac.uk/mjh/covid19/

The second is particularly insightful as it is trying to rebase all the countries curves allowing for the differing conditions at the outset. The general rate of increase has been 35% (doubling of cases every 2.5 days) but this is falling to 22% and lower where measures have been taken (Italy overall is standing at around 11%). There is also evidence to suggest that the rate is different between warm and colder countries. But none of these have been showing the Lodi numbers which in theory should give the earliest counter-indication (these are sourced from the Italian Ministry website: http://opendatadpc.maps.arcgis.com/apps/opsdashboard/index.html#/b0c68bce2cce478eaac82fe38d4138b1

The Italian numbers are published each day at 6pm and, below, I give the current propagation rates for the key provinces in Lombardy. Lodi has fallen below 5% whilst Bergamo is falling rapidly and the overall trend is down as it should be. What is an acceptable level of increase? As a maximum it should be less than the recovery rate which I shall start to look at.

This is only the start, but it is essential to bring this thing under control or risk many more deaths than need be the case. We need to keep a watch on China and Korea to see if they can avoid a 2nd wave, and on Italy to see how fast a measure of control can be achieved under western conditions. After that, we may need to see regular bouts of social distancing until 60 or 70% of the population has been infected or a vaccine has been developed. Let us hope that the 2nd comes first.

Warning: I have no competence in epidemiology or in medicine in any way. I am simply reading, playing with some numbers and drawing what are possibly flawed conclusions. I am happy to receive comments and to exchange further on the subject for anyone interested.

As I reported in my last blogpost, EARSC staff are all still working; all from home and not all full time as arrangements are made with partners and especially with children. For the moment at least we can carry on almost as usual and facing many challenges to organise remote events. I am sure it is the same for our members. We should be happy to hear from you and we’ll continue to report here.

Good luck to everyone. We are all in this together.