Three customers are already using the first version of the ButterflEYE LS camera: in Denmark for biological diversity studies, in Australia for agricultural research, and in Italy for providing commercial data to farmers.
The experiences will be fed back into the final commercial version.

“Our first customers were really keen on getting the high resolution, which is the best you can currently get from a hyperspectral product,” notes René Michels, CEO of Germany’s airborne specialist Cubert, who collaborated with Belgium’s VITO Remote Sensing and imec for the camera development.

The camera exploits the potential of a novel hyperspectral imaging chip from imec by combining it with VITO’s image processing honed by working with ESA on remote sensing satellites. Weighing just 400g, the powerful camera fits easily on a small unmanned aircraft to deliver detailed measurements for precision agriculture but it has also potential in forestry, biomass monitoring, waste and pollution management.

Harnessing the power of colour
“Hyperspectral imaging captures many very narrow wavelength bands in the visible and near-infrared instead of the more typical three or four broad spectral bands: red, green, blue and, sometimes, infrared.” 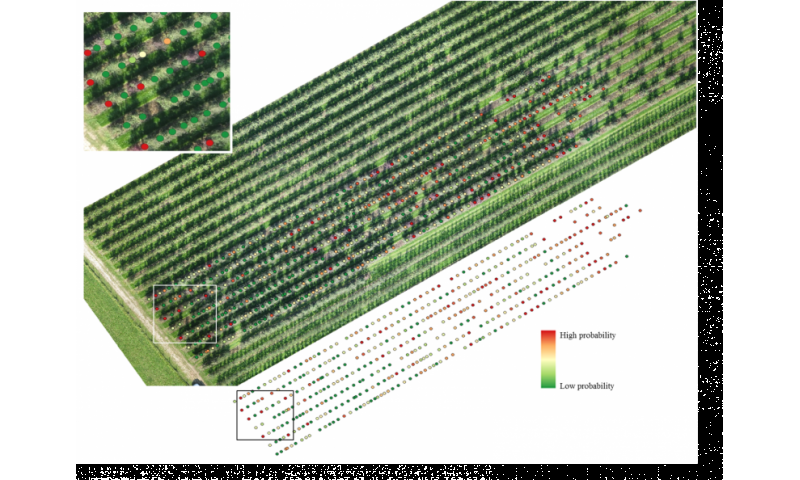 “By imaging the world in more colours, you can detect certain phenomena faster and more exactly,” explains Bavo Delauré from VITO Remote Sensing. “A camera that is more sensitive to subtle differences in colour allows you to identify problems that you can’t see with your naked eye or a normal camera until it’s too late to do anything about it.”

Historically, a prism has been used to separate the colours but this results in complex optics and larger cameras. Following VITO’s work on the Proba-V satellite, ESA’s Luca Maresi set the company a challenge of producing a lightweight hyperspectral camera based on a different technology.

The initial approach uses a variable filter in front of the detector, creating an instrument as compact as a standard colour camera and therefore suitable for use on small satellites and drones. One is used by Dutch Cosine Research in their HyperScout camera for the GomX-4B CubeSat, to be launched this year.

To make the camera even more versatile and suitable for mass production, imec created an ultra-small sensor with the hyperspectral filter incorporated. Cubert used this filter-in-chip sensor in their new ButterflEYE LS camera.
Hyperspectral cameras produce huge amounts of data that have to be downloaded to VITO’s cloud computing environment to be processed to produce the required information, including action maps to help the customer.

“You need to know where in the colour spectrum to look in order to identify the changes you are seeking and derive the required information,” explains Bavo.

“In addition, drone-based imaging is, in some respects, more complicated because satellites fly in a smooth trajectory, whereas rotary and fixed wing systems are more sensitive to air movements and less stable than satellites,” adds René from Cubert. “It produces a huge amount of data that is complex to work with, and we could not have achieved this without VITO’s competence in image processing.” 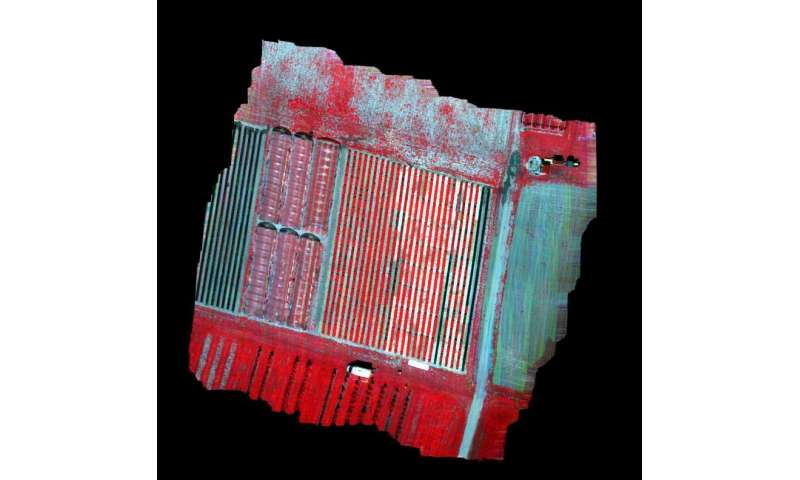 “Many people fly drones and think they can now do Earth observation, but it’s much more complicated than that,” points out Sam Waes from Belgian company Verhaert, part of ESA’s technology transfer programme network.

“VITO has detailed knowledge of how to extract information from hyperspectral data and had already developed a prototype camera. So we did some marketing feasibility studies with them to identify opportunities for taking this to market. The end result is very exciting. Now we have an extremely small and efficient camera for local agriculture observations from the reuse of space technology, a camera that can provide more detailed and exact measurements compared to what has been available until now.”

The next step is to add standalone processing, which VITO and Cubert hope to do by the time the ButterflEYE LS moves to a fully commercial offering in 2018. Then the users can do the processing themselves, instead of now with the support from VITO.

A consortium involving VITO has already been working with ESA to optimise the software for satellites, with the result that the HyperScout instrument now has its own onboard processing.

“This is a big revolution in the way we operate satellites. Now we have a very tiny system that can deliver realtime information ready to use, for example on forest fires or natural disasters,” explains Luca Maresi.

Other planned developments include a much more sensitive chip – 12 megapixels instead of the current 2 megapixels – which is now being developed under an ESA contract by a VITO-led consortium.