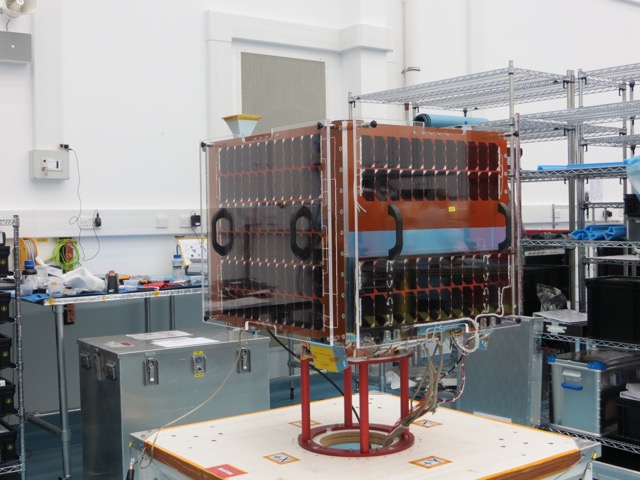 British satellite company Earth-i announced plans to launch and operate Europe’s first commercial constellation offering both video and imagery – and the first in the world to provide full-colour video footage.

Traditionally, extracting value from Earth Observation data has been the preserve of Governments and some larger corporations. Earth-i is now at the forefront of an era known as New Space. This is being driven by commercial organisations that want to improve investment and trading decisions, monitor and track their assets more cost-effectively, track change or activity in critical locations – and predict future events with more certainty.

Using advanced, proprietary technology mostly developed in the UK and already proven on small satellites designed by the world’s leading small sat experts, Earth-i has commissioned a highly sophisticated small satellite for its constellation. As a result, the constellation will offer a number of innovative capabilities which are new to the market, including:

The building of the constellation begins with the 2017 launch of Earth-i’s first prototype satellite (expected later in the year) which is being manufactured and launched in partnership with Surrey Satellite Technology Ltd (SSTL), part of the Airbus Defence and Space Group and originally spun off from the University of Surrey, which is Europe’s largest academic space campus.

This R&D satellite will be used to test performance and confirm capabilities for the future constellation including tasking, data downlinks to ground stations, and image quality and video from space. The new technology has already been subject to extensive testing on an existing SSTL R&D satellite launched in 2015.

Following a 15-month programme of further testing and research applications, Earth-i plans to launch its first batch of commercial satellites in early 2019.

During this time Earth-i will also be developing a cutting-edge service that will enable easy acquisition and analysis of imagery, and use advanced algorithms to extract further value from the data gathered from the constellation.

“We’re now at the forefront of the commercialisation of space and the rapid evolution of the New Space market. Earth-i is a well-funded, capable and confident business that is following a different route to our US counterparts. We have designed and developed our constellation for organisations that need to strike a different balance between the cost of acquiring data from space, and access to sufficiently high-resolution of quality images and video to enable the detailed analysis that will help to further improve their own performance and capabilities.

“Owning our own constellation will enable us to completely customise our offering because we’ll have total control over mission planning and tasking, as well as assured access to our own significant global data source. We are also pioneering new value-added services and big data analytics that promise to extract the highest value from space data; as well as working with partner organisations to support in the delivery of global services.”

“There is an almost insatiable demand for data from space as people are realising its true value to both their planning and daily operations. Higher resolution image data from commercial organisations is likely to be very valuable either in its own right or when used in conjunction with other data sources, including medium-resolution image data such as that provided under the European Copernicus Programme.”

The constellation Earth-i is developing will provide information and critical insights to a range of sectors, including:

Earth-i is headquartered in the Surrey Research Park near a number of other UK space-related companies including SSTL – as well as the Space Centre at the University of Surrey. Earth-i already has a wide range of big budget customers including The World Bank, National and Local Governments and a multitude of specialist geospatial companies and other commercial organisations.

Earth-i‘s team of subject-matter experts with decades of experience already provide satellite imagery and various analytical services from the DMC3 constellation of three very high-resolution optical satellites in conjunction with 21AT.

Today’s announcement follows the UK Government’s declared goal to capture 10% of the global market for space services (worth around £40bn), and its recent commitment to support the building of a spaceport in the UK to help address the shortage of launch capacity globally.